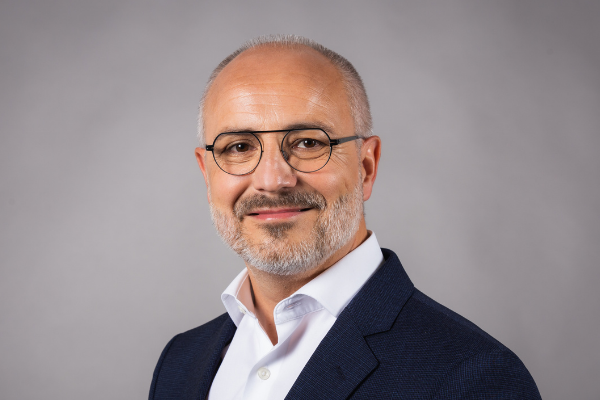 Joan Navarro
Partner and Vice President of Public Affairs
Political consultant. Since 2010, he has headed up the leading consultancy firm in public affairs in the Spanish market. After a long professional career in election campaigns and public
management, he advises CEOs and organizations on their institutional strategies.

He is the co-founder of the +Democracia forum, a member of the Political Communication Association (ACOP), of the Forum for Transparency and of the Spanish chapter of the Strategic and  Competitive Intelligence Professional (SCIP). He is a lecturer in political leadership at the Governance School of UCM and is the author of, among other publications, “Lobbying – Managing Influence in Political Communication” Ed. Tecno 2016,  “De-privatizing Parties” Ed. Gedisa 2019 and “Democracy in Words” Punto de vista Ed. 2020.

Previously, he was the Director and Spokesperson of the Coalition of Audio-visual Content Creators and Industries, (2008-2010), Director of Institutional Relations and Communication of the State Society acuaMed (2006-2008) and Director of the Office of the Minister for Public Administrations (2004-2006).

He holds a Bachelor’s Degree in Political Sciences and Sociology from UNED and Post-graduate Studies in General Management from IESE-University of Navarre.