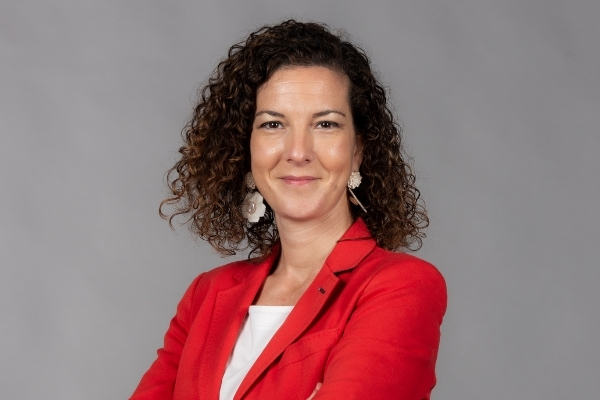 Elena González-Blanco
Independent Board Director. Chair of the Audit Commission
Elena González-Blanco (Independent Board Director): Member of the Board of Directors and Chair of the Audit Commission (appointed 04/06/2021). With a PhD in Hispanic Philology from the Complutense University of Madrid and a Master in Information Systems from the UC3M, she has also attended executive training programmes at LSE London, MIT and ESADE. She has been a lecturer and researcher at Harvard University, and currently teaches artificial intelligence applied to business at Instituo de Empresa (IE), in addition to teaching at the Universidad Pontificia Comillas-ICAI and financial consulting firm AFI.

She is General Manager for Europe at insurtech firm Coverwallet, acquired in January 2020 by AON, where she is a member of the executive committee of AON Iberia. An expert in artificial intelligence and digital transformation, with a special focus on language technology, and has been Head of Product Development in Artificial Intelligence at Minsait-Indra. She is also an internationally recognized researcher, leading POSTDATA, an ERC European research project of excellence in language processing and semantic web (+1M€).

She was the director and founder of the first Digital Humanities Innovation Lab in Spain, and is a member of the Scientific Advisory Board of Clarin, the European research infrastructure for language technology. She is also an advisor to Venture Capital Conexo, as well as to several technology startups. Elected #1 in 2018 and #3 in 2019 in the Choiseul Institute ranking "Economic Leaders of Spain's Future", she has been selected as one of the Top 100 women in Spain in the 2016, 2017 and 2018 editions and was awarded the Julián Marías 2017 research prize.